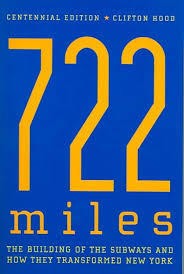 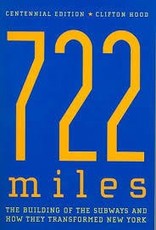 When it first opened on October 27, 1904, the New York City subway ran twenty-two miles from City Hall to 145th Street and Lenox Avenue―the longest stretch ever built at one time. From that initial route through the completion of the IND or Independent Subway line in the 1940s, the subway grew to cover 722 miles―long enough to reach from New York to Chicago.

In this definitive history, Clifton Hood traces the complex and fascinating story of the New York City subway system, one of the urban engineering marvels of the twentieth century. For the subway's centennial the author supplies a new foreward explaining that now, after a century, "we can see more clearly than ever that this rapid transit system is among the twentieth century's greatest urban achievements."