By Trolley Through Eastern New England 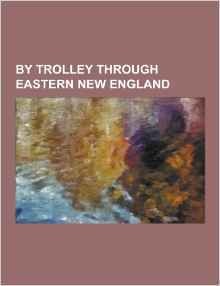 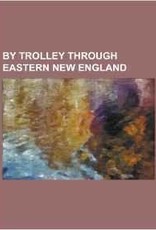 Rowley & Ipswich Street Railway. The car runs over a series of hills, and from Egypt River Hill a beautiful view of the surrounding country is had. Descending the hill, the Ipswich pumping station and water works are passed, and Prospect Hill may be seen. Soon the car enters Rowley, settled in 1638 and incorporated September 4, 1639. The First Church was organized in 1639. Passing the Common, the Eagle House, the burying ground and the Baptist Church, the car goes to Bailey's Corner and Foss's Corner, over Town Brook, past Duramer's Gristmill and the old stone bridge. An old milestone marks the bordering line between Rowley and Byfield. This is the seat of Dummer Academy, founded, in 1763, by a bequest by Lieutenant-Governor Dummer, and where the car stops stands a milestone erected in 1708. From Byfield a line of cars runs to Georgetown and Haverhill. This car turns off to the left at the academy, passing "Fatherland Farm," a noted place owned by A. B. Foi bes of Springfield, past Parker River, Newbury Falls, the Byfield Woollen Mills and the Byfield station of the Boston & Maine Railroad. On passing Gorham Jewett Corner the Georgetown line is reached, with Pentucket Lake on the right. Passing the Perley Schoolhouse and the Baptist Church, the car runs into Georgetown Square Georgetown, incorporated in 1838, was the western part of Rowley. The highest land in the county of Essex is Bald Plate. From this elevation an extensive view may be obtained of the valley of the Merrimac and the beautiful town of Haverhill.