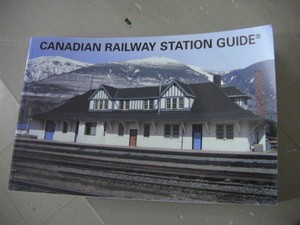 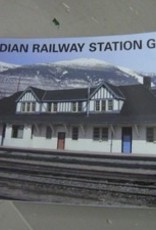 Since the first issue of the Society's "Canadian Trackside Guide" (1982), an increasing number of readers have suggested we product a list of Canadian railway stations which have survived the virtual demise of rail passenger service in Canada.

In response to this growing demand, the Bytown Railway Society is please to present this first issue of the "Canadian Railway Station Guide."  We hope you enjoy browsing through it and that you find it helpful in your travels and explorations through the Canadian countryside.

Despite the loss of rail passenger service in most parts of Canada, there is still an amazing number of stations remaining.  Many are not in their original location and even fewer are still being used by the railways at all.  As a result they can be found almost anywhere in the country being used for all sorts of purposes.  For example, there's a small CP portable sation (Fulford) in the Eastern Townships of Quebec being used as a maple syrup shack in the woods behind a farm.  In Saskatchewan a former CN station (Zenon Park) is being used as a toboggan shack near Armley.  Some of the sites are in out-of-the-way spots making it difficult to find them.  Contributors to this Guide will have, in many cases, travelld the back roads of Canada before they discovered some of the stations listed here (and there are likely more).