Cleveland and Its Streetcars

Home / Cleveland and Its Streetcars 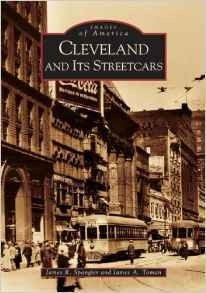 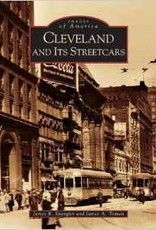 Cleveland and Its Streetcars takes the reader back to when railway cars dominated the local street scene. The book focuses on the era of 1910-1954, from the time that Cleveland Railway Company took over operation of the consolidated streetcar lines to the day that the last streetcar rumbled over the city's streets. Cleveland's trailer trains, articulated cars, and its Peter Witt car model were widely admired by the nation, and the streetcar reigned supreme through the end of World War II. In 1942, the Cleveland Transit System (CTS) took over the streetcar lines, and eager to "modernize" its fleet, it decided to replace the streetcars with buses, trackless trolleys, and a crosstown rapid transit line. After the end of the war, in May 1945, the first post-war conversion took place. Then the pace of replacing the streetcars with rubber-tired vehicles quickened. By 1954, the task was complete. This book, with over 200 photographs, documents this changing Cleveland scene--when a wonderful era in transportation flourished and then, sadly, disappeared.