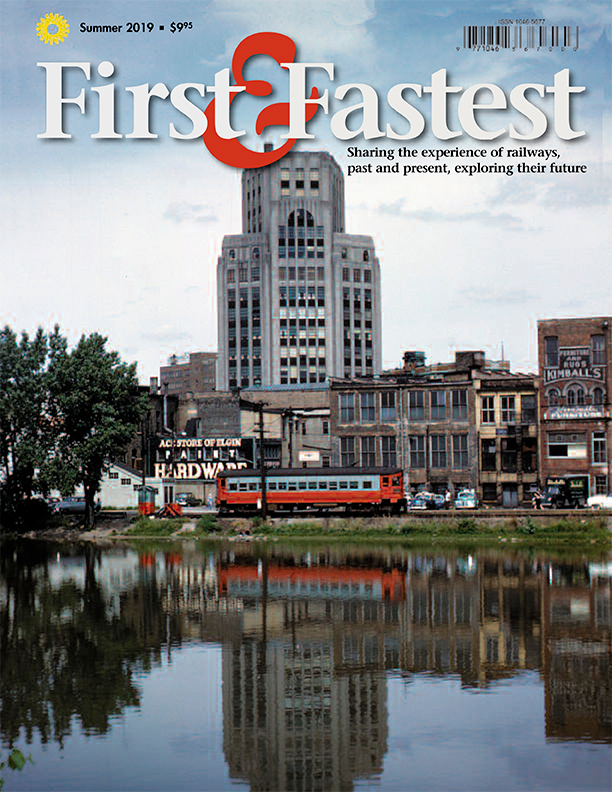 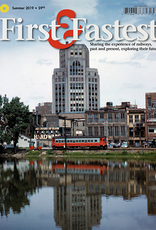 Front Cover: One of the St. Louis Car Co 450-series cars is laying over between runs at the Elgin Terminal. In the background is the Elgin Tower Building on the north side of Chicago Street at Grove Avenue. Completed in May 1929, it cost $800,000, banks occupied the building for much of its life. Of Art Deco design, only one of two in Elgin, the building was placed on the U.S. National Register of Historic Places in 2002. A change of ownership occurred in 2016 and the building has been renovated into residential apartments. —John Szwajkart photo

In Remembrance of CA&E's Freight Service
by Norman Carlson

South Shore Line's Transition from
an Interurban to a Freight-owned Railroad
photos by Kenneth Spengler, captions by Norman Carlson

Remembering the Port Washington-Sheboygan Interurban Line
by Larry A. Sakar

The Standard Interurban in North America
by Norman Carlson

The Nine Lives of Line Car D-23
by Steve Thomas

A New Life for an Old 'L' Car
by Eric Bronsky