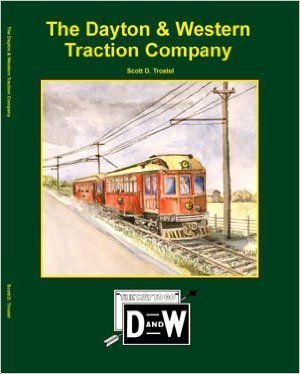 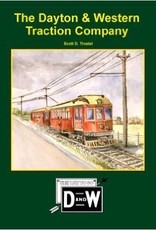 "The Dayton and Western Traction Company is a fascinating story of mass-transit in the first half of the 20th century. Operating from Dayton, Ohio, to Richmond, Indiana, it was an under-planned and under-financed line. The Winter family of Dayton, Ohio purchased the line in 1899, and undertook construction of an extension from Eaton, Ohio to Richmond, Indiana. It quickly became a highly successful enterprise, moving from a passenger carrying conveyance to a major freight and express hauler. It not only connected Dayton with Richmond, but Columbus to Indianapolis via other connecting lines, plus the states of Ohio and Indiana and beyond. "The road was leased to the Ohio Electric Railway in 1907 and was the key line connecting the vast Ohio Elelctric empire to its counterpart, the Terre Haute, Indianapolis & Eastern Traction Company at Richmond, Indiana. It was taken back by the Winters family in 1920 and rebuilt. "Times caught up with it in 1931. It was placed in receivership and managed by the Cincinnati & Lake Erie Railroad from 1931 to 1936. It was finally closed by the Indiana Railroad after just 10 months of operation in 1937. It was one of the finest lines to operate in Ohio. Roster, color cover, 94 pages, 8 1/2 x 11, 96 photos, 10 illustrations, 8 maps, Soft Cover