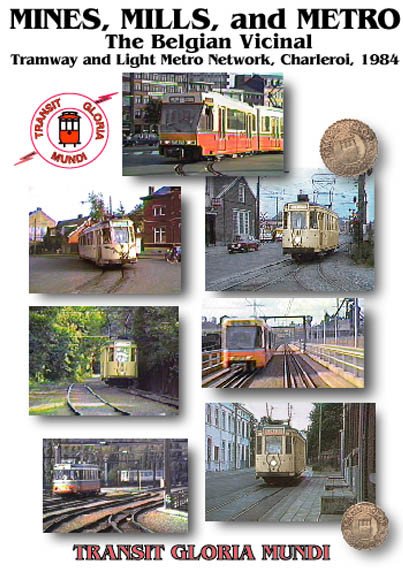 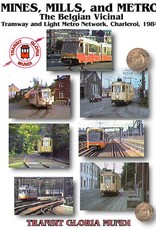 Mines, Mills, and Metro: The Belgian Vicinal shows highlights of the extensive network of country trolley and light metro routes once operated by the Belgian Vicinal in the vicinity of Charleroi. This system was popular among American trolley fans because of its incredible variety in operations and right-of-way, and a strong resemblance to some of the longest-lived interurbans of Pennsylvania, the West Penn and the Lehigh Valley Transit.

Our ride on the 66-mile network of 6 routes in September, 1984, is like a trip back in time to Western Pennsylvania in the 1950s. Since then, two-thirds of the trackage shown in this DVD has been closed. Although you can still ride the new articulated light rail cars through the tunnels, over the viaducts, and along the private reservation of the new light metro, this video is the only way to see the pre-war cars rumble along single track through the narrow streets of old coal and steel towns, past abandoned mines and closed mills on roadside reservation, or across fields and along the canals on private right of way.

The new DVD version has a scrollable track map.

Great movie about one of the last rural trolley/tram networks in the world! If you rode the Eastern Massachusetts Street Railway 4387 at the museum this is a must get because it's the closest thing to the EMSR we have on film.

Add your review
5 stars based on 1 reviews
Add to wishlist / Add to compare / Print
Please accept cookies to help us improve this website Is this OK? Yes No More on cookies »