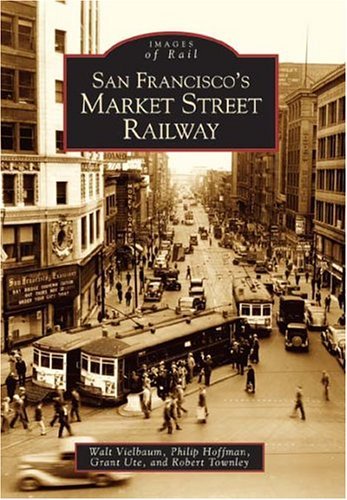 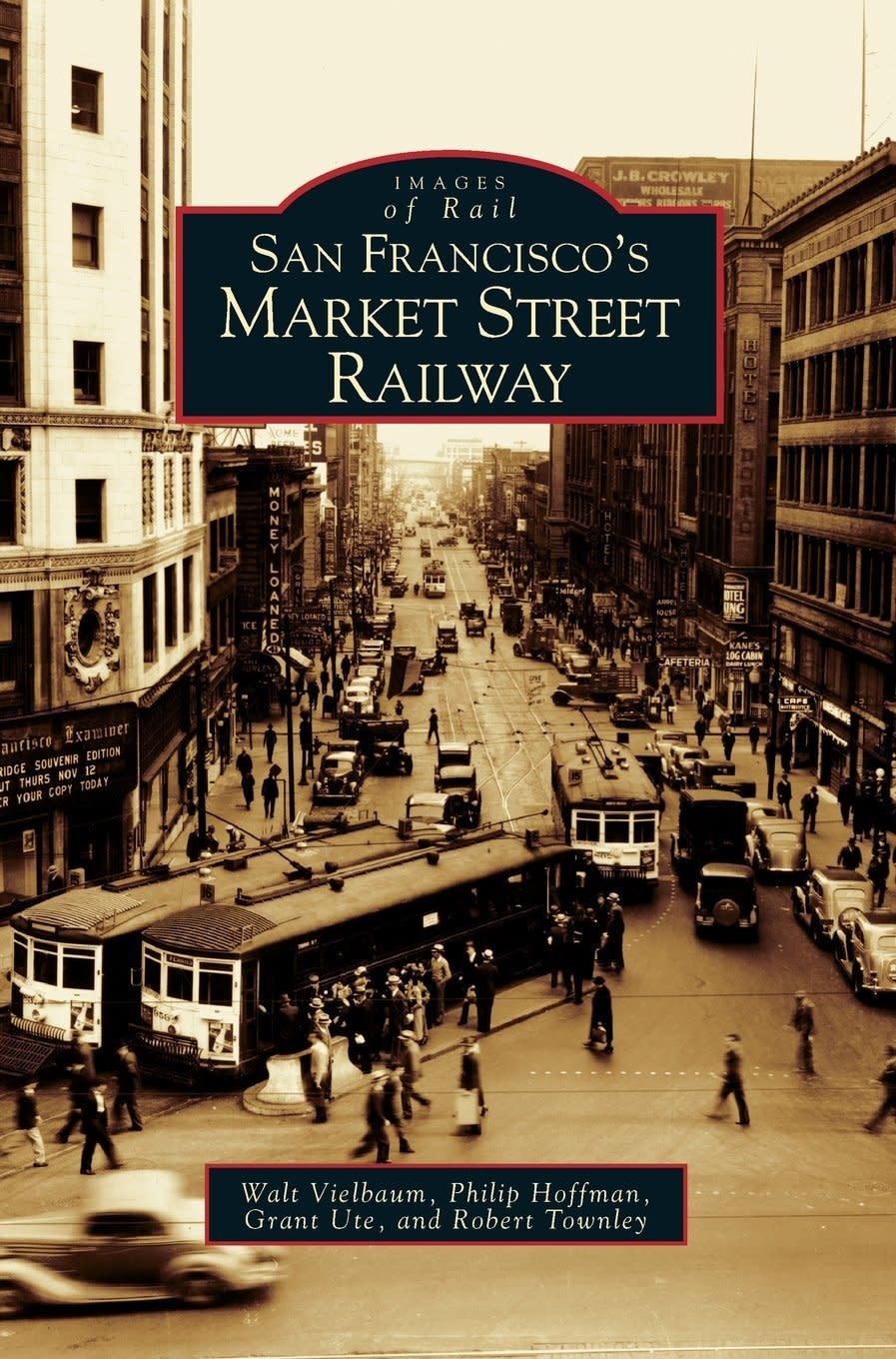 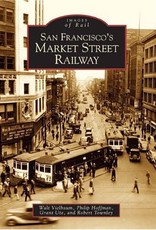 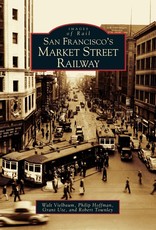 The Market Street Railway Company thrived in an age when rails ruled San Francisco. Spanning the Roaring Twenties, the Great Depression, and the boom times of World War II, it had a long and legendary lifetime that is deeply ingrained in the city’s early identity. Gradually, however, it became challenged by the emergence of the automobile, cheaper motor coaches, and “nickel jitneys”―competing cars on the same routes. The MSRy painted the fronts of its cars white to show up well in San Francisco’s misty weather, and for many years people called them “the White Front cars.” Franchise competition and city regulations undid MSRy, and its assets were absorbed into MUNI in 1944. However, the name lives on as the nonprofit Market Street Railway organization, dedicated to preserving the history of this company and also to retrofitting early streetcars from across the globe, putting them back in service on Market Street.