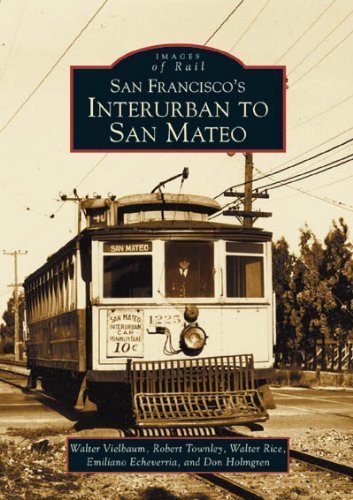 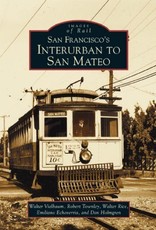 It's strange to think that an electric commuter rail line rivaling BART in efficiency, speed, and comfort ran over 100 years ago between San Francisco and San Mateo, but run it did. The 40 Line, or San Mateo Interurban, began in 1892 with an initial segment operating between Market and Steuart Streets out to the county limits on San Jose Avenue. Three years later, the line reached Baden in present-day South San Francisco, and by 1903 service was opened all the way to downtown San Mateo. During the line's heyday, there was talk of extending it down the peninsula from San Mateo to Palo Alto to connect with the Peninsular Railway to San Jose. The 1906 earthquake put this plan on hold. Following much the same route as today's Mission Street, El Camino Real, and Caltrain, the San Mateo Interurban carried over four million passengers a year along its main and spur lines until 1949, when the system was shut down amidst much fanfare.