Self-Propelled Cars of the CRN

Home / Self-Propelled Cars of the CRN 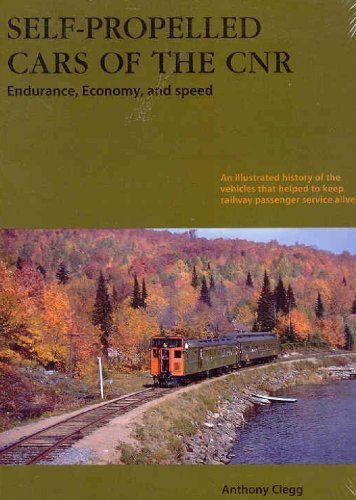 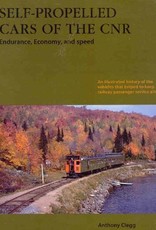 In the 19th century, steam-hauled trains had a virtual monopoly on transportation of passengers. After the 1914-1918 Great War, competition from highway vehicles, which had previously not troubled North American railroads to any considerable extent, began to provoke renewed interest in a more economical form of railway motive power, and a number of rail buses of varying designs were introduced. Tony Clegg, who wrote Canadian National Steam Power with Ray Corley, is the author of this book.

Self-Propelled Cars of the CNR details how, in November 1925, CNR s new diesel-electric car No. 15820 completed its record-breaking run across the North American continent, from Montreal to Vancouver. The train established a new world s record for endurance, economy, and sustained speed over such a distance. The book explains how this comparatively small self-propelled vehicle led to their wide-spread usage across the Canadian National system, and its rival, the Canadian Pacific Railway. The book describes how, despite the growing popularity of automobiles, and increasing availability of better roads, these new rail cars were successful in stemming the decline in rail passenger patronage, particularly on low-traffic branch lines. There were many types of these specialized vehicles that are fully described in the book, which contains interesting details on a very important part of Canada s railway heritage, with over 100 photographs and illustrations, including many extremely rare photos in full colour.