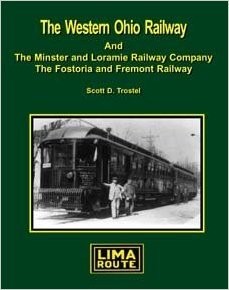 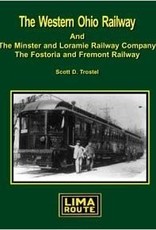 "As the 20th century opened, so did the rapid rise of interest in the systems of mass transit. It was a sign of progress right along side the invention and use of electric generation. The Western Ohio Railway was part of a grand plan to connect Cleveland, Toledo and Cincinnati by a line of interurban railways. It was virtually unheard of, but two visionaries from Cleveland embarked upon the project. "The Western Ohio Railway was to connect the Dayton and Troy Electric Railway at Piqua and with the Toledo, Urban and Interurban Railway at Findlay via the important industrial town of Lima. "By 1901 proposals were put forth for the detailed route of the railway. It meant the end of rural isolation and the introduction of electric into the smaller rural villages along with the rural dweller. It was a group of determined businessmen who finally brought reality to the proposed electric railway when they began constructing the Western Ohio Railway, to connect the City of Piqua with the City of Findlay. At Wapakoneta a branch went west to the Grand Lake, and another went south to Minster. At Findlay they connected with the Toledo, Urban and Interurban Railway, making a continuous line to Toledo. Via a trackage rights arrangement, they also operated into Fostoria and Fremont via a subsidiary line, the Fostoria and Fremont Railway, this assuring electric railway transportation from Piqua all the way to Sandusky and Cleveland over the Lake Shore Electric Railway. "The enterprise formed a consortium known as the Lima Route with other lines to assure passengers smooth connections between several towns in Indiana and across Ohio. Thus began 30 years of continuous passenger operations and an even stronger freight and package delivery business, the likes of which have never been repeated. This is the story of an important electric railway line that was at least 100 years ahead of its time."