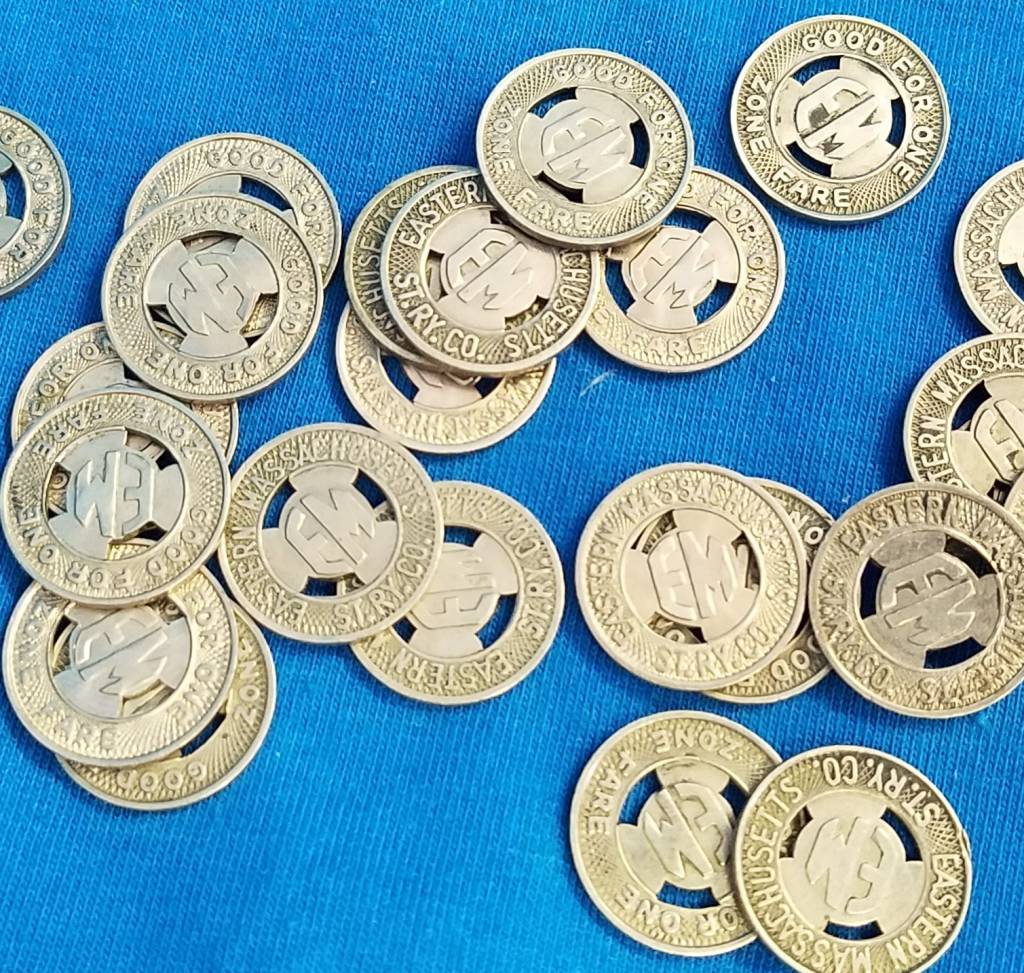 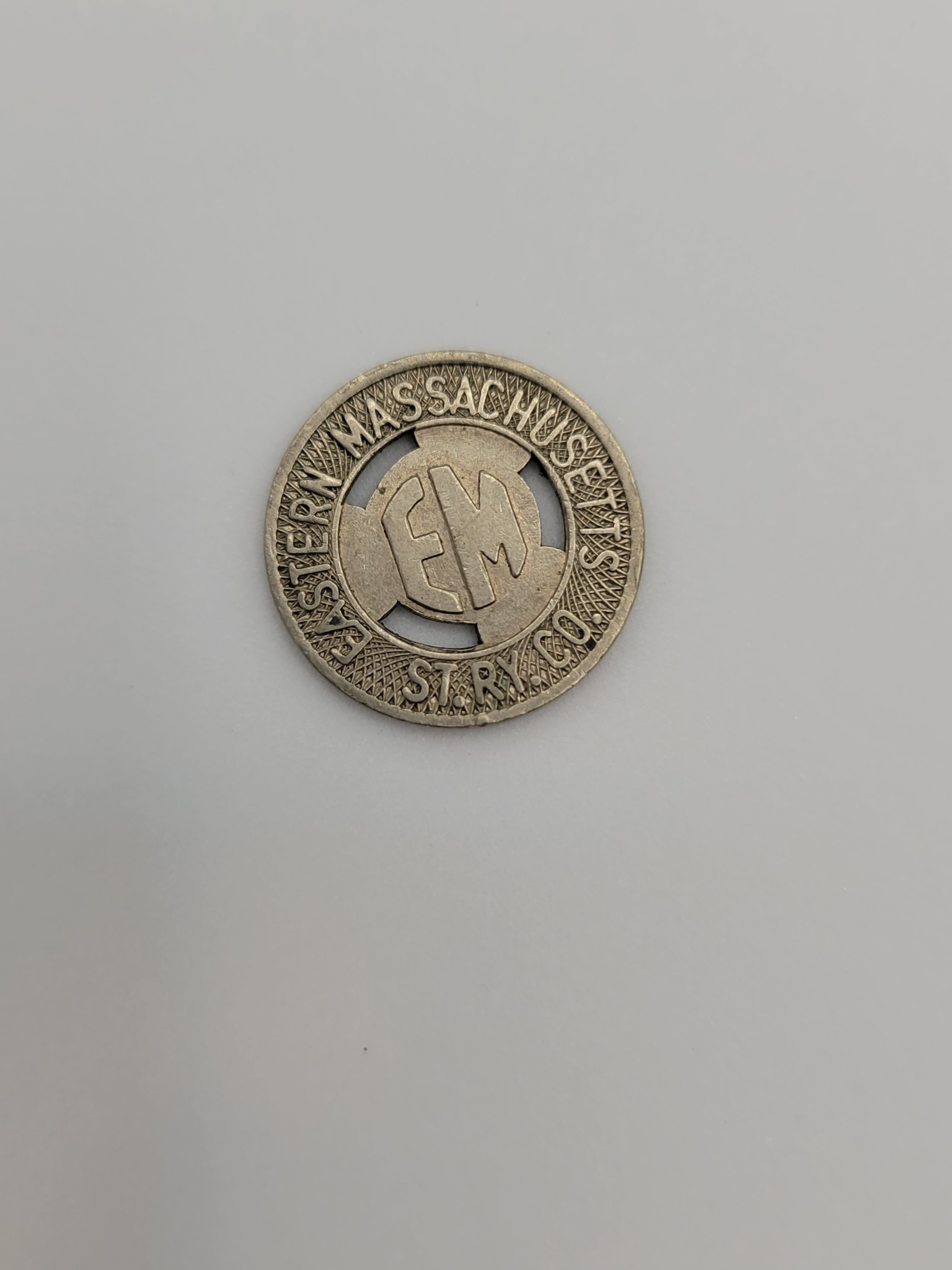 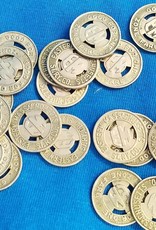 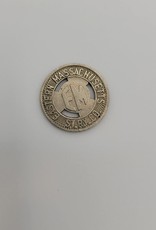 The Scovill Manufacturing Company of Waterbury, Connecticut produced this transportation token during the early 20th century. The Scovill Company was established in 1802 as a button manufacturer and is still in business today. Scovill was an early industrial American innovator, adapting armory manufacturing processes to mass-produce a variety of consumer goods including buttons, daguerreotype mats, medals, coins, and transportation tokens.

Three sections of the center are punched out.