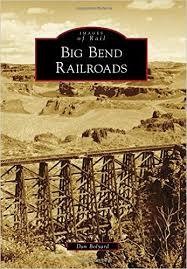 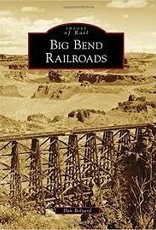 The Big Bend area had its start with a land grant given by President Lincoln to the Northern Pacific Railway. As such, the railway company heavily promoted the area to encourage settlement and populate the station sites along the way. Towns began to develop in the late 1880s; prior to that time, the few settlers had a difficult time getting around. Despite snow, floods, fires, wrecks, human error, sabotage, and government regulation, the railroads continued and were able to serve the communities and help them survive. The earliest lines were built largely by man and beast with few large machines. The last transcontinental line in the Big Bend, the Milwaukee Road, featured groundbreaking technology in the form of electrically operated locomotives. The building of Grand Coulee Dam brought more railroad lines, with tracks that featured grades and locomotives normally seen on logging railroads, to bring in construction materials to the largest concrete structure in the world at the time.