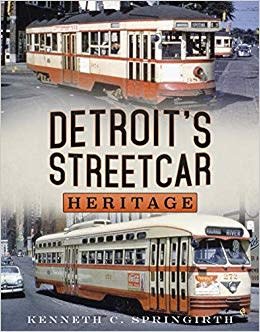 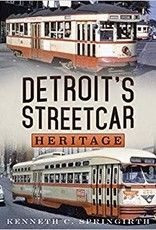 Detroit's Streetcar Heritage is a photographic essay of the Detroit, Michigan, streetcar system. Replacement of slow moving horsecar service began with the opening of an electric street railway by the Detroit Citizens Street Railway in 1892.

By 1900, all of the Detroit streetcar systems were consolidated into the Detroit United Railway (DUR). Following voter approval, the City of Detroit purchased DUR in 1922, becoming the first large United States city to own and operate public transit under Detroit Department of Street Railways (DSR).