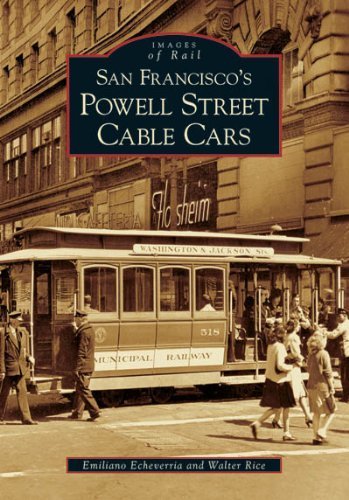 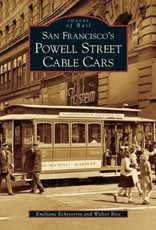 San Francisco's cable cars are an internationally recognized symbol of the city, but they also have a long and fractious history. There are actually three cable lines in operation today: the California Street line and the two Powell Street lines-- the Powell-Mason and Powell-Hyde. The Powell Street lines have been the subject of much controversy through the years, due to a complex lineage of private and public ownership. Cable cars on Powell Street began in 1888, operating under the Ferries and Cliff House Railway Company and utilizing the same basic design pioneered by Andrew Hallidie in 1873. Among the story's twists and turns are the line's actual routes following the 1906 earthquake, which caused heavy damage and forced major repairs. Post-quake, United Railroads was able to replace many of the cable car lines with streetcars, including a part of the Powell Street system. San Francisco at one time had eight separate cable car operators. Gradually most were replaced by streetcars, buses, and trolley buses, given the complexities and expense of cable systems. The Powell lines were taken over by the city in 1944, but the mayor tried to abandon them in 1947. The public disapproved of this move, and since then the Powell Street line has only grown in stature and its importance to San Francisco.