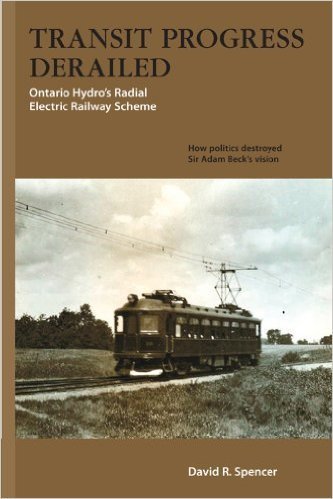 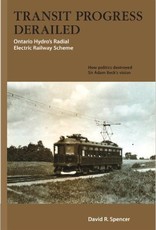 In the early 1900s, privately-generated electricity was the booming technology, and with it, profitable electric railways. Prosperous London, Ontario manufacturer (also Mayor and Conservative MLA), Adam Beck nevertheless believed in the benefits of a publicly-owned electricity grid and argued government-ownership could spread electric technology well beyond the use of a privileged elite and could cost people less.Beck’s political acumen resulted in the 1906 creation of Ontario Hydro – the world’s first publicly-owned utility. Two years after public power first flowed through the wires to Berlin, Ontario, he mused aloud that what was really needed was to link the province’s many municipalities through a series of electrically-powered railways to two core areas: Hamilton serving the western end of Lake Ontario and the burgeoning hub of Toronto. It never happened. An antagonistic Premier Ernest Drury deflected the issue to a Royal Commission, whose avowedly anti-radial chairman delivered a damning conclusion: the popularity of automobiles meant Beck’s project was not financially feasible. David Spencer’s study of power politics and skulduggery shows how dark provincial politics could be in the first two decades of the twentieth century. Perhaps current events demonstrate that hasn’t changed?