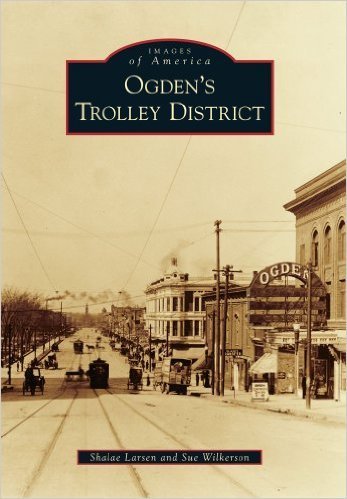 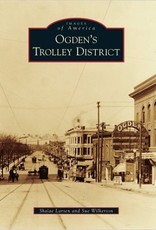 Descending the hill on Twenty-fifth Street, a streetcar makes its way past the Broom Hotel; to the right, the transition from horse-drawn transportation is exemplified. In 1883, the Ogden City Railway Co. constructed and operated Ogdens first city rail line. These early trolleys were originally mule-drawn, and in 1891, the electric streetcar made its appearance on Ogden city streets. The trolley system grew, and streetcar lines were built nearly every two blocks in the 80-block residential area directly east of downtown Ogden. By the end of the 19th century, the Trolley District was home to the elite and laymen alike. This district, officially listed as the Ogden Central Bench National Historic District, is bordered by Twentieth Street to the north, Thirtieth Street to the south, and Harrison Boulevard to Adams Avenue, east to west, respectively.