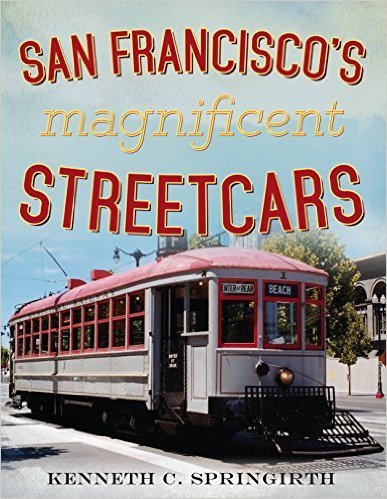 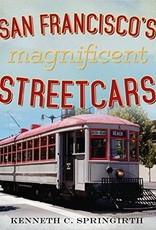 Those successful festivals resulted in rebuilding the streetcar track on Market Street and the establishment of the F streetcar line in 1995 using Presidents’ Conference Committee streetcars purchased from Philadelphia and refurbished in a variety of paint schemes that represented cities that once had streetcar service. In addition, the line features vintage Peter Witt streetcars from Milan, Italy; a boat like streetcar from England; and other unique cars. During 2000, the F line was extended to Fisherman’s wharf and has become one of the most successful streetcar lines in the United States. This book is a photographic essay of “San Francisco’s Magnificent Streetcars” along with its historic cable cars and hill climbing trolley coaches.